CLIMATE: 2018 began with a typically cold Ribera del Duero winter, during which temperatures dropped to as low as 12°C below zero. This cold weather continued right through to the beginning of spring, and yet, despite the conditions, bud-break in the vines occurred within the usual dates at the end of April. After a very dry 2017, a period of wet weather occurred at the end of winter, and then it rained continually throughout the spring, so much so that 2018 went down in the region as the wettest on record. Vine vegetation growth was favored by the mild temperatures and the water reserves in the soil, which led to considerably larger-sized berries. As a consequence of this increase in berry size, and despite higher than usual temperatures during September and October, the ripening process slowed. The harvesting stretched out until the end of October and produced an outstanding crop both in terms of quantity and quality. The absence of rainfall in the latter part of the growing season also ensured that healthy grapes were harvested. The 2018 was in fact the second largest crop on record, only surpassed by that of 2016.

AGEING: 14 months in American oak barrels and 6 months in bottle.

DESCRIPTION: Selected from our own vineyards located in Roa and La Horra at 800 meters altitude. SURFACE AREA: 200 hectares in total (494 acres). AGE: The wine was aged 14 months in American oak barrels, then 6 months in bottle before being released onto the market. SOIL: Heterogeneous soils, mostly clay-loam with some limestone.

Tinto Pesquera’s Crianza easily demonstrates why the Tempranillos produced by Familia Fernández Rivera have been appreciated by the most demanding palates for over 40 years.

Powerful with well-rounded tannins to create a velvety, clean wine with fresh varietal notes that reappear under the tongue after the ﬁrst few seconds in the glass. Note intermingle with the smoky aroma of impeccable wood. Very pleasant on the palate with a fruity aftertaste, predominantly blackcurrants and licorice, which give way to a spicy ﬁnish.

The year 2016 was warmer than usual. The ﬁrst frost did not arrive until November and December and were considerable in this second month, with winter temperatures higher than normal. The spring began with cooler temperatures than usual. Nevertheless, the budding cycle proceeded as normal. The average temperatures from June were quite high, whereas they returned to normal in August. The harvesting period took place in September, as in previous years.

AGEING: Aged for 18 months in American oak barrels and over 6 months in bottle.

SURFACE AREA: A total of 200 hectares. DESCRIPTION: Located in the municipality of Pesquera de Duero, south-facing at an altitude of more than 800 metres. SOIL: Sandy loam soil.

Tinto Pesquera’s Crianza easily demonstrates why the Tempranillos produced by Alejandro Fernández have been appreciated by the most demanding palates for over 40 years.

Burgundy in color with a soft fuchsia rim, Tinto Pesquera's Crianza is elegant and soft, with aromas of red fruit, candied apples, vanilla and nutmeg. Silky on the mid-palate with well-rounded tannins and a velvety finish.

2015 was considered to be a warmer-than-normal vintage in the center of Spain. A rather mild start to winter gave way to noticeably lower temperatures by the end of the season and, interestingly, spring saw above-average temperatures between the months of April and June. The vintage was also characterized by scarce rainfall. Thankfully, the little rain that fell did so during the specific times when the cycle of the vine was most in need of water. A hot and dry summer had a positive effect on véraison and cluster maturation, which, in turn, gave rise to grapes of exceptional quality.

All vineyard blocks are vinified separately in small stainless steel tanks in order to ensure optimum wine quality. Alcoholic fermentation takes place between 6-10 days at an average temperature of 20-25°C and the finished wine is aged for 18 months in fine grain, 225-and 300-liter neutral American oak barrels with a light-to-medium toast. Barrels are racked four times during the first twelve months of aging and an additional 2-3 times before bottling. With the Fernández family dedicated to natural winemaking, all wines produced by Alejandro Fernández are neither filtered nor fined before bottling. Upon completion of barrel aging, the Tinto Pesquera Crianza is then aged for a minimum of six months in bottle before it is released to the market.

Tinto Pesquera’s 200 hectares of vineyards lie near the Duero River at close to 2,400 feet in elevation. The vines grow in poor, well-drained soils, composed of sand and gravel over a limestone and clay subsoil, and are naturally irrigated with water from the nearby Duero River. Tinto Pesquera’s vines are located within the province of Valladolid, in the heart of Ribera del Duero, which has hot summers, incredibly cold winters and extreme diurnal temperature differences that create an ideal combination for producing silky and sumptuous Tempranillo wines. The Tinto Pesquera Crianza is made from estate-grown, 40-year-old vines that produce a limited production of only two kilos per vine. 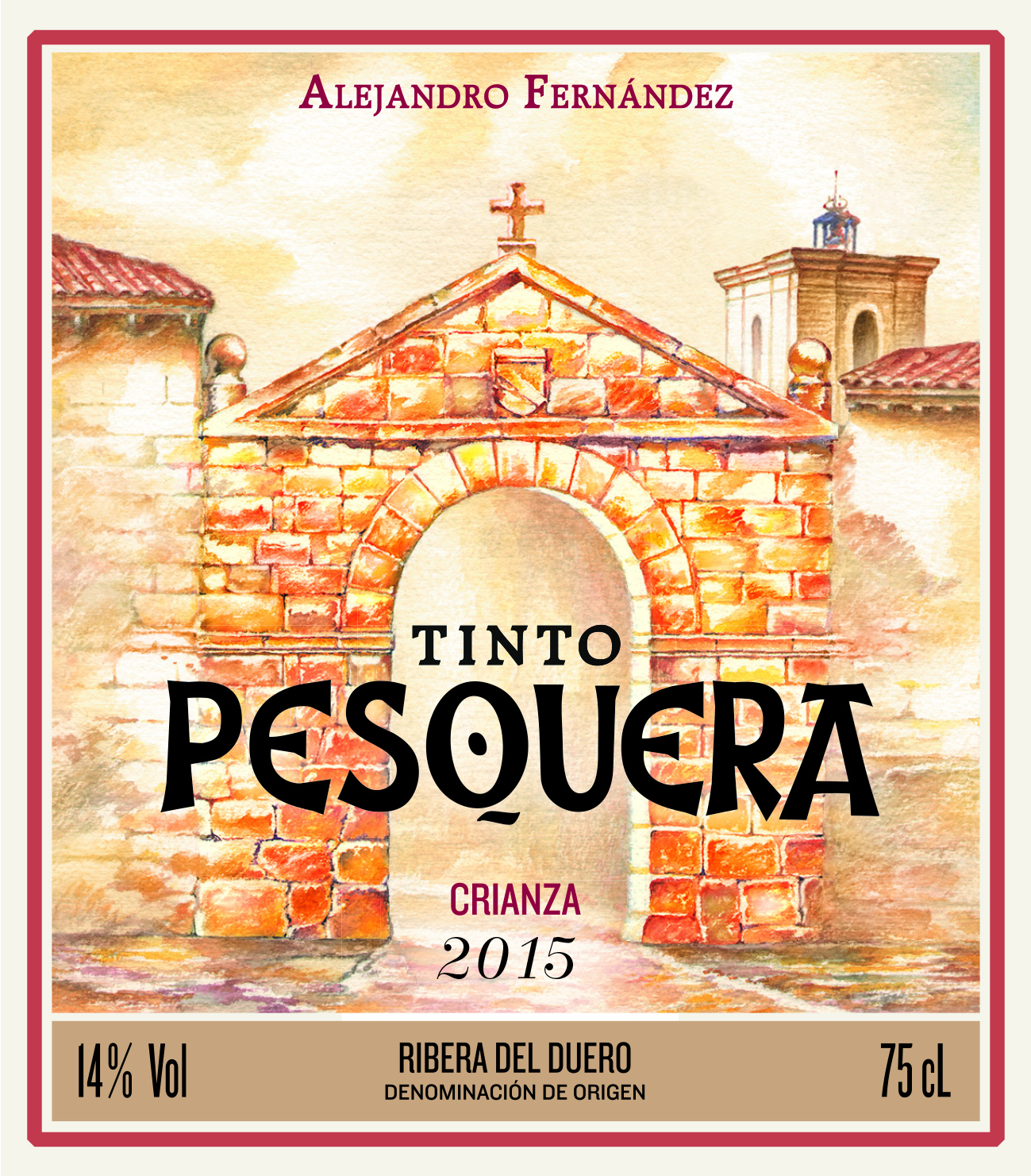 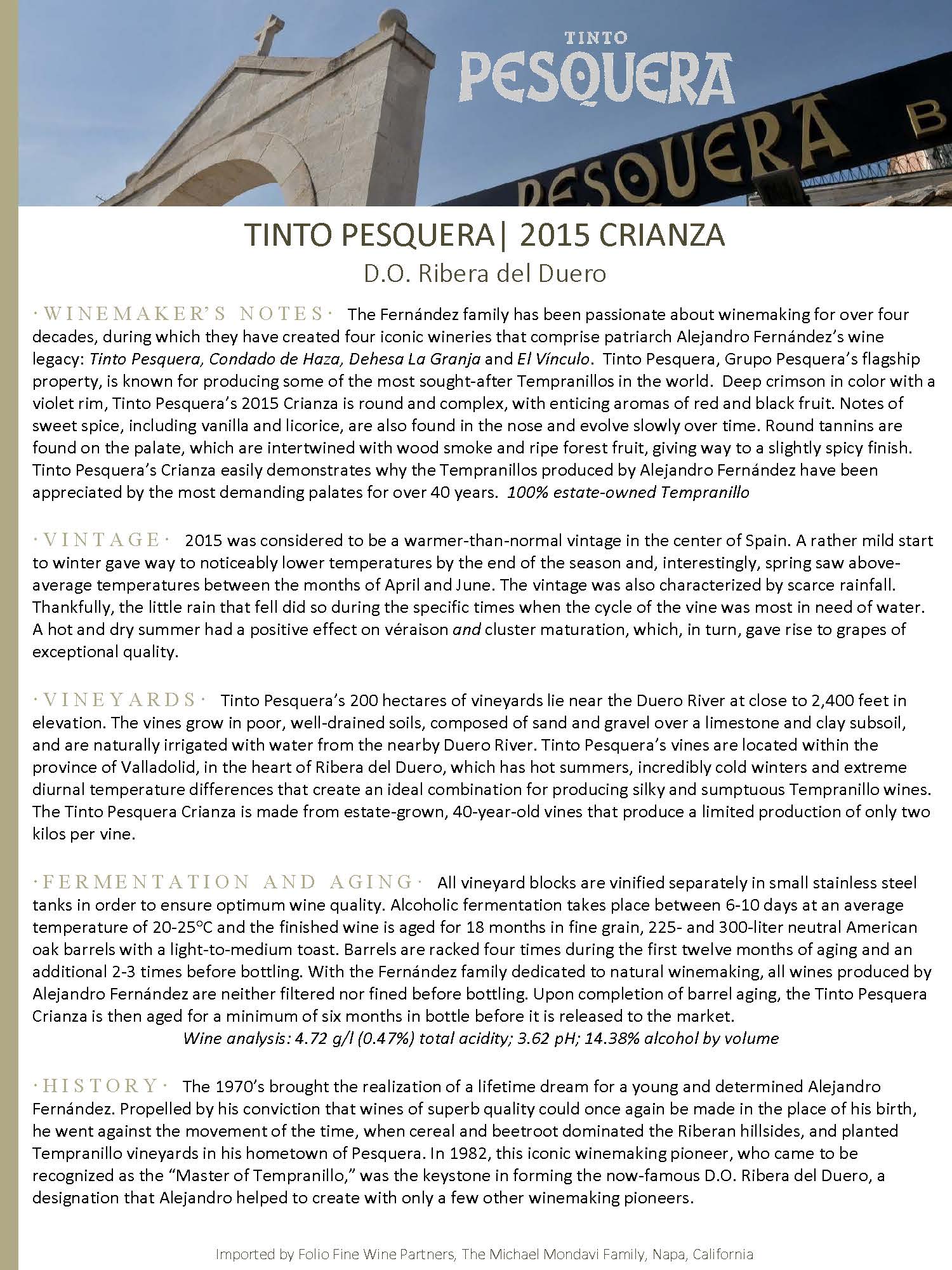 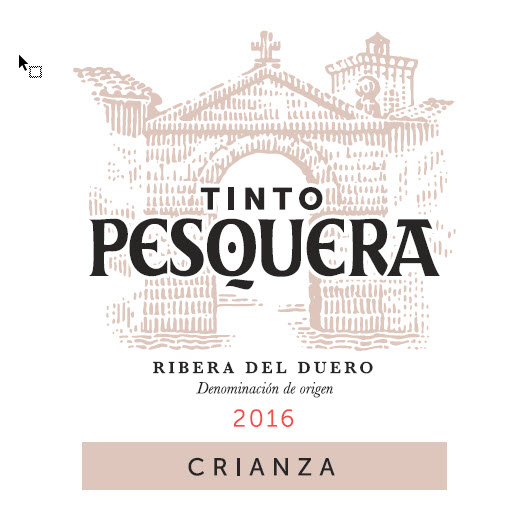 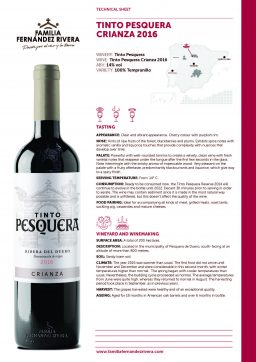 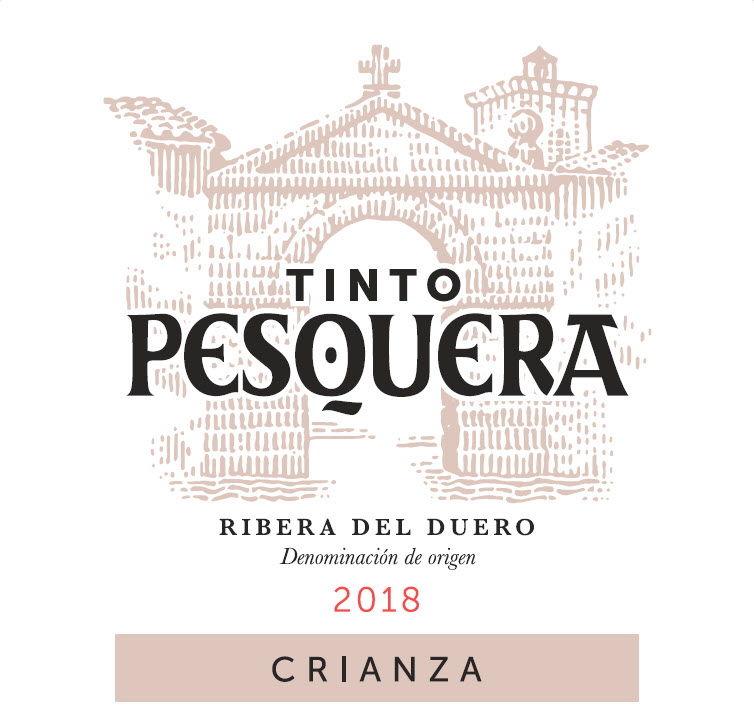 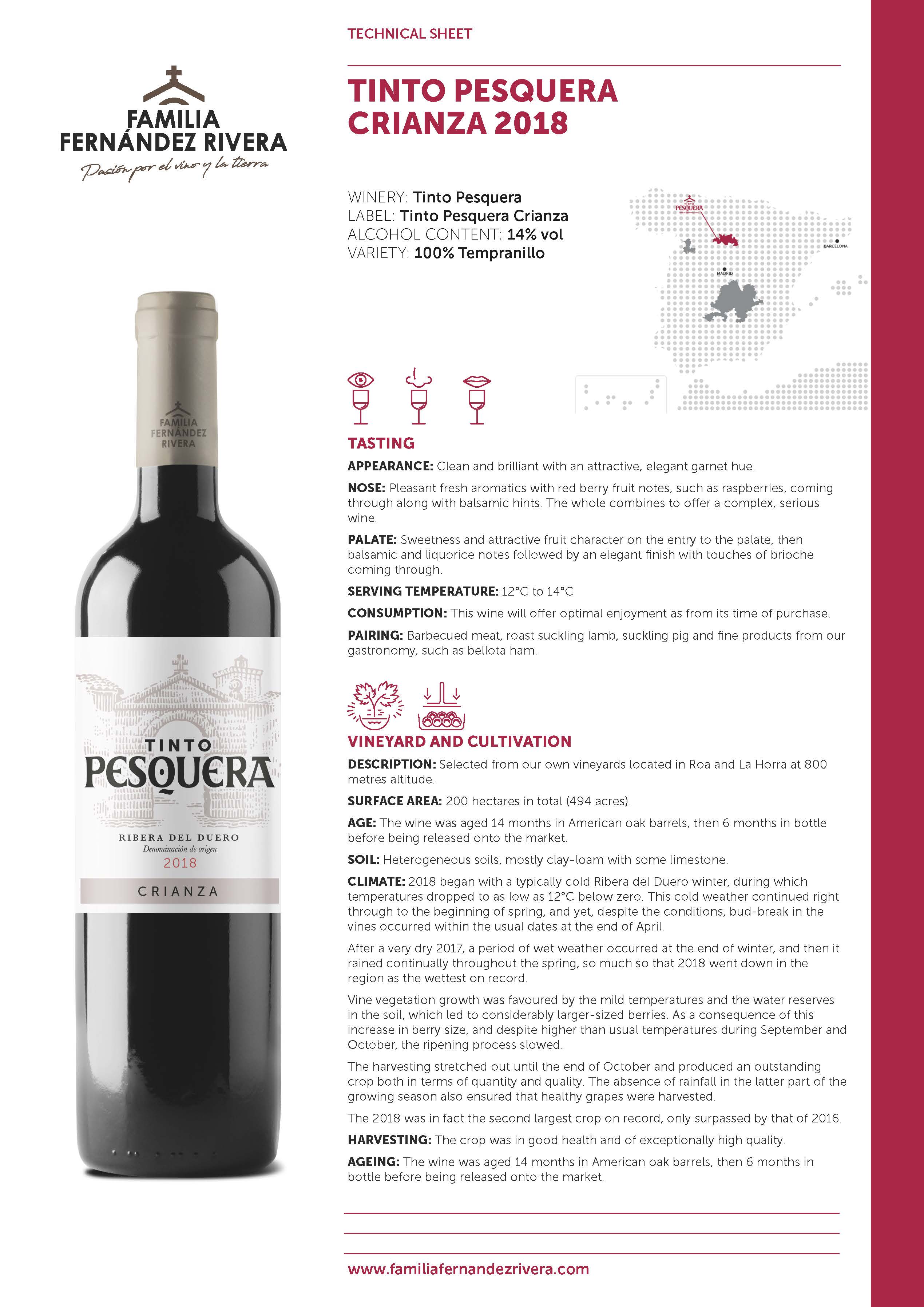