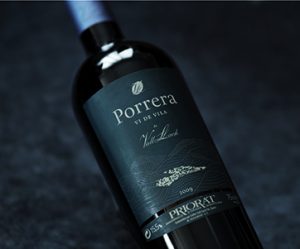 Since its founding in the early 1990s by celebrated singer Lluís Llach and notary Enric Costa, Celler Vall Llach has committed itself to rigorous quality standards. Located in the tiny mountain town of Porrera in the D.O.Q. Priorat, the winery is now headed by Enric’s son Albert as winemaker, general manager and co-owner.

Mas de la Rosa, the winery’s flagship wine, is sourced from the oldest small vineyard plots (trossos) of the estate and is matured for 5 years in bottle prior to release. A bold, intense wine with notes of licorice and espresso, it has ample structure that merits aging. Porrera Vi de Vila is a blend of ancient (over 100 years old) Cariñena and a lesser proportion of Garnacha representing a tribute to the village of Porrera, its townspeople and indigenous old vines. Porrera Vi de Vila typically displays concentrated boysenberry, plum and chocolate flavors infused with intense slate minerality. Idus de Vall Llach is a blend of Cariñena, Merlot, Cabernet Sauvignon and Garnacha with intense old-vine fruit flavors and penetrating minerality. Embruix de Vall Lach is comprised of Garnacha, Cariñena, Syrah, Cabernet Sauvignon and Merlot and has mature red and black fruit as well as toast and coffee notes.