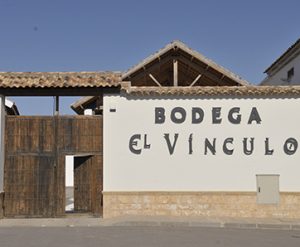 The Fernández Rivera family’s fourth winery, El Vínculo, sits nearby the iconic Campo de Criptana windmills in the northern part of the D.O. La Mancha and is a tribute to and a continuity of the winemaking tradition of the Fernández Rivera family. The name El Vínculo, meaning “union” or “link,” symbolizes both the connection that the winery forms between the two Castile regions (Castilla La Mancha and Castilla y León) and a commemoration of the namesake wine cellar owned by the grandparents of the family company's newest generation.

After traveling the length and breadth of La Mancha, in 1999, the Fernández Rivera family found something that greatly appealed: high-quality, old Tempranillo vines, perfectly adapted to local conditions. Convinced that the quality potential was immense as long as yield and selection were carefully controlled, they surprised local growers by insisting on a new way of working the La Mancha vineyards. By sourcing fruit through long-term contracts with growers focused on low yields and precise harvesting, the family ensures first-rate La Mancha grapes give rise year after year to fine wines with unparalleled wine aromas and flavors.

Across their four bodegas, the family’s only exception to pure Tempranillo varietal wines is El Vínculo’s Alejairén. Despite the Airén variety being the most widely planted grape in the D.O. La Mancha and in the world, Alejairén was the first barrel-aged 100% Airén wine produced in Spain, proving that Airén can develop rich flavors, complexity and texture, far beyond its usual role as a simple table wine.