Les Bécasses is a lovely synthesis of the Côte-Rôtie appellation.

The wine possesses a freshness and a light, floral character unique to the appellation. Deep purplish red with raspberries, a hint of violets, predominantly spicy with rosemary, black olive and tapenade notes, characteristic of the Côte-Rôtie appellation on the nose. The palate is ample and deep with a woody, spicy and vanilla finish.

The grapes are entirely hand-harvested at maturity. After destemming, the grapes go into concrete tanks. Daily punching (pigeage) ensures a good extraction of colour and tannins. The temperature does not exceed 33°C. Fermentation lasts between 3 and 4 weeks depending on the vintage. For fermentation, we decided to use indigenous yeasts to allow our terroirs to begin expressing themselves from this key stage in the winemaking process. Ageing lasts 14-16 months. 80% of the wine is aged in oak barrels with a majority of new wood. The remaining 20% are aged in stainless steel vats which allows us to preserve the purity of the fruit and the floral notes, which are a distinctive feature of great Côte-Rôtie wines.

“Les Bécasses” is a blend of several parcels growing on well-exposed slopes: La Brocarde, La Viallière, Côte- Rosier, Côte Blonde, Côte Brune, and Les Coteaux de Tupin. The soil is composed of chlorite and ferruginous mica-schist blending in loess depressions. The soil is also made up of schist on the South and Southeast slopes, allowing the Syrah to express itself with tremendous power and great elegance with its lovely floral notes. 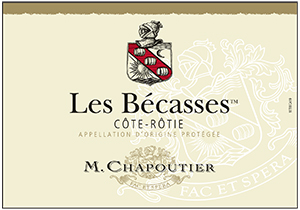 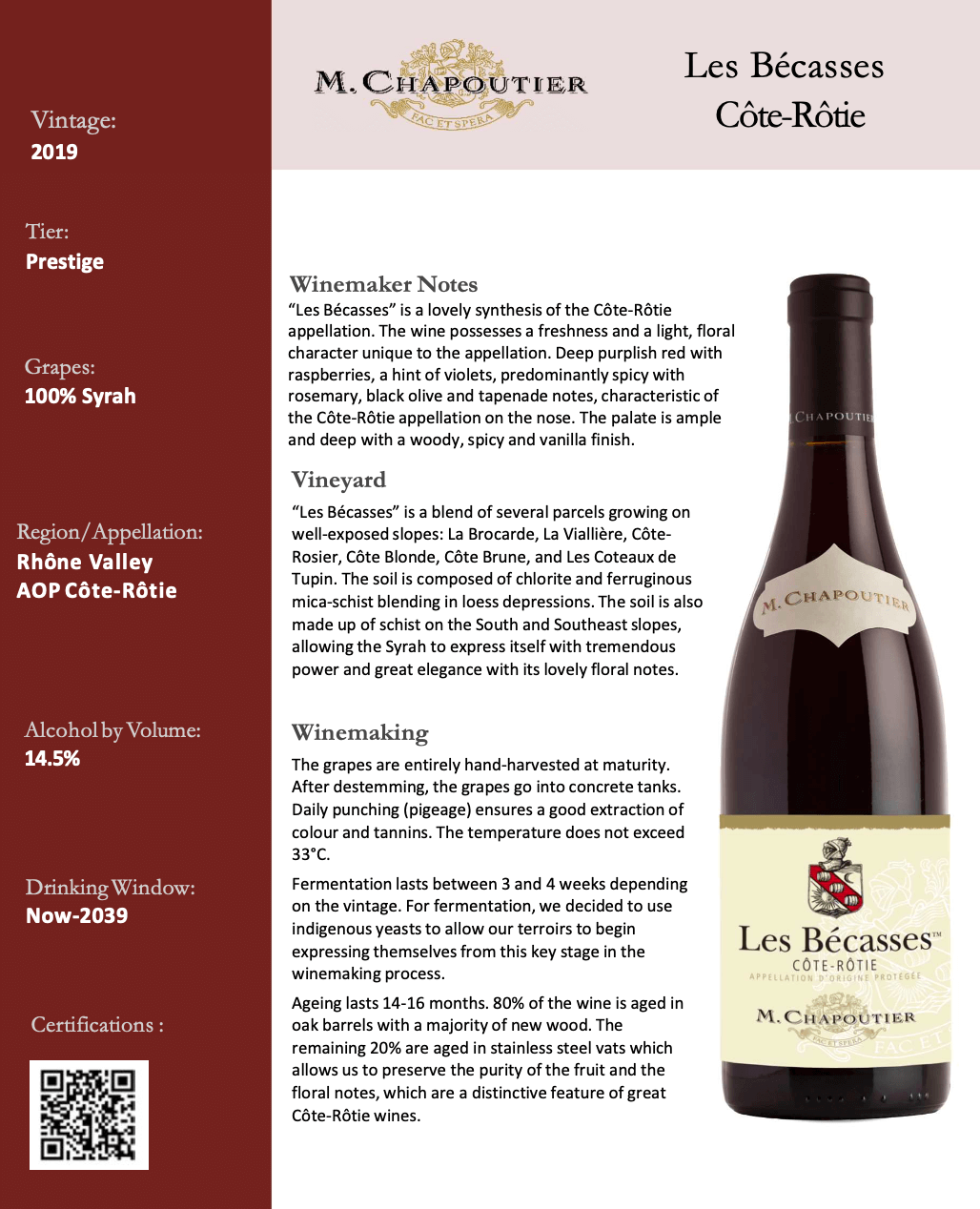