Made with grapes from Pago de la Golosa—a 90-year old vineyard—this wine from La Mancha is the only wine from El Vínculo that is aged in French oak barrels.

Deep garnet, clean and brilliant. Aromas of ripe fruit come to the fore, such as cherries and plums. Spicy aromas and notes of dry tobacco leaves add complexity and completeness. On the palate, the wine shows medium body with ripe, round tannins. The entry is silky and elegant while the mid-palate displays great depth of flavour and structure. The finish is fresh with the complex notes found on the nose coming through again.

2016 began with a dry and mild winter. Spring turned out to be colder and rainier than normal, particularly during March and April, just as the vines were budding. These conditions favoured the early stages of vegetation growth. Summer was warmer and drier than normal with a particularly intense heat-wave occurring at the end of August and beginning of September, which brought about a reduction in the size of the grape berries as well as a slowing of the ripening process and consequently a delay in harvesting. Throughout the period of ripening and harvesting there was no rain at all, which ensured that the health of the vines and the fruit remained very satisfactory. Overall, the 2016 vintage was officially ranked “very good”.

De-stemming followed by alcoholic fermentation in stainless steel vats. The wine was aged 24 months in French oak barrels followed by 30 months in bottle

The Paraje La Golosa, a 90-year old vineyard, is located at an altitude of 650m to 750m on semi-plain terrain, the vines are planted north south with a southern exposure. The soils are comprised of a mix of sand and clay in all parts of the vineyard. 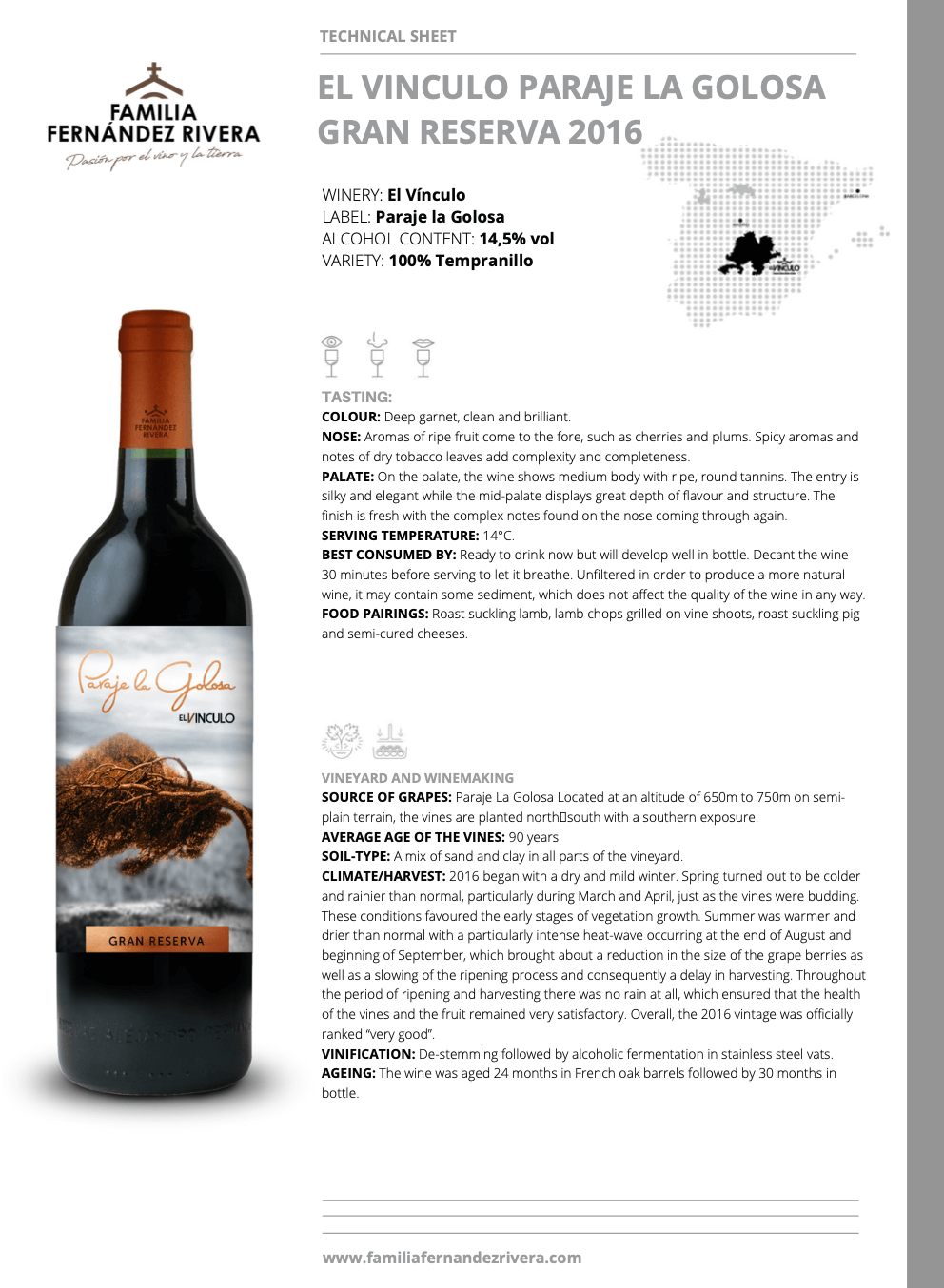