Fragore 2016 amazes for its extraordinary complexity and volcanic elegance. The Etna Rosso Cru of Donnafugata is the precious result of Nerello Mascalese grapes from Montelaguardia district. The bouquet is ample and profound with spicy scents, wild berries, with mineral and balsamic notes. The palate reflects perfectly the nose offering also important tannins and a remarkable long finish.

An autumn and winter with little rainfall. The 2016 vintage recorded 519 mm of rainfall, below the average* of 799 mm that characterizes the north side of the volcano, between Randazzo and Passopiscaro, where Donnafugata has its vineyards in 5 different districts. This figure did not have significant consequences. In very loose terrains like these volcanic ones, the root system of the grapevine can go deep and capture the moisture it needs. No excessive heat peaks during the summer; some rain in late August certainly helped the vines, allowing them to complete the cycle of a contained and balanced production. The ripening of the grapes was slow and regular, also thanks to the mild temperatures on many days between September and October. Excellent from the qualitative point of view, the 2016 vintage gave wines with intense perfumes and harmonious tannins; wines of particular finesse and harmony. (*AGRICULTURAL YEAR: for Etna/Randazzo it is considered from 1 November to 31 October; RAINFALL: obtained from SIAS, Sicilian Agrometeorological Service, the average has been calculated in Randazzo since 2007.)

Once the clusters reach the winery they undergo further selection on a vibrating table, followed by grape selection thanks to a latest generation destemmer, able to discard the green and overripe grapes. Fermentation in stainless steel with maceration on the skins for 10-12 days at a temperature of 25 °C. Aging in French oak (second and third passage barriques) for 14 months and then at least 10 months in bottle before release.

TERRITORIES: altitude 750 m a.s.l.; the composition of the sandy texture lavic soil is characterized by a subacid-neutral reaction, with good organic endowment. Deep, rich in minerals, the lavic soil allows strong root growth. VINEYARD: VSP (Vertical Shoot Positioning) training with spurred cordon pruning and a density of about 4,500 plants per hectare or Alberello (low bushy vine) and 6,900 plants per hectare. Crop yield is of 4 - 5 tons/hectare. 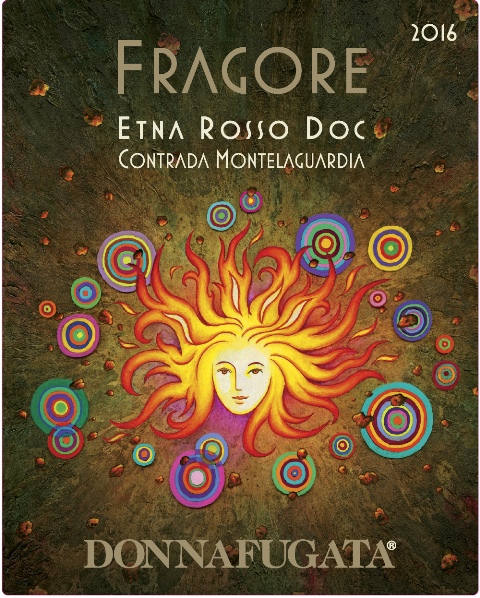 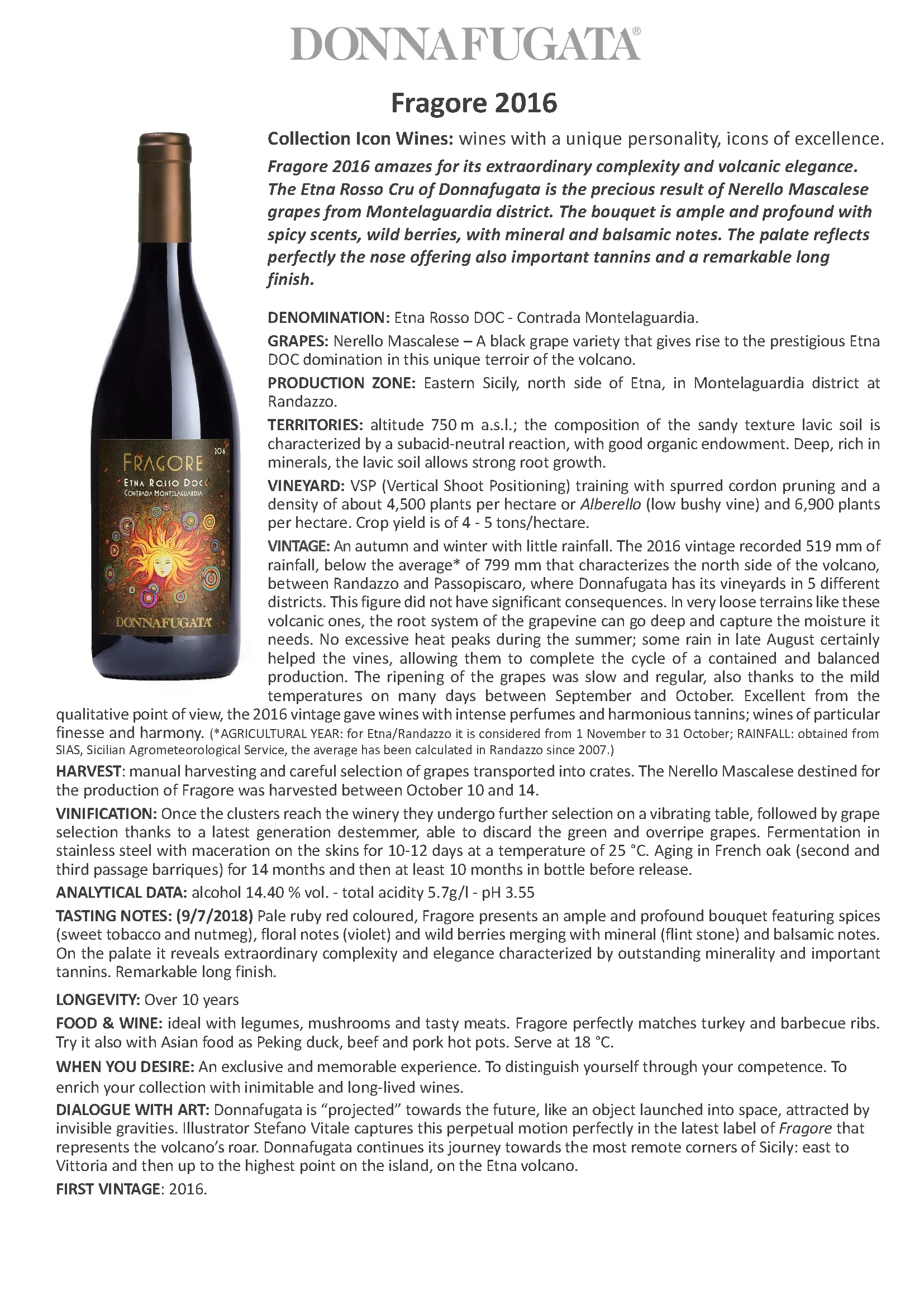