PIPER-HEIDSIECK RETURNS FOR THE 93rd OSCARS®

PIPER-HEIDSIECK RETURNS FOR THE 93rd OSCARS® 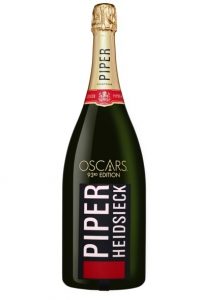 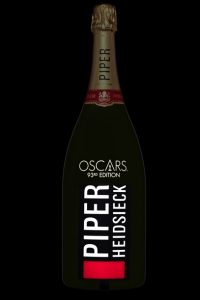 Hollywood, CA (April 8th, 2021) – Piper-Heidsieck, the revered Champagne House known worldwide for its red label is excited to announce today its return as the champagne partner of the 93rd Oscars® taking place on Sunday, April 25. This marks the seventh year of a long-term partnership between Piper-Heidsieck and the Academy of Motion Picture Arts and Sciences.

“Although Hollywood’s biggest night may look different this year, one thing remains the same,” said Benoit Collard, General Manager for Piper-Heidsieck. “This awards season, Piper-Heidsieck is celebrating with a limited-edition, illuminated magnum custom-made for the Oscars. Featuring the House’s signature Cuvée Brut, this year’s bottle will “light up” the Oscars.”

For more information, please visit: http://Piper-Heidsieck.com or follow us on Facebook, Instagram and Twitter. Although the limited edition bottle is not available for purchase, Piper-Heidsieck is available nationally from wine retailers including Safeway, Albertsons, Kroger, Total Wine & More, and online at Wine.com.

A Grand & Bold Story with the Cinema

The house has long supported the cinema with boldness and grandeur, dating back to 1933, when a bottle of Piper-Heidsieck appeared in SONS OF THE DESERT, the debut film of Laurel and Hardy. In 1964, Piper-Heidsieck celebrated Rex Harrison’s Oscar for his role in MY FAIR LADY with a tailor-made 48-liter bottle that was literally as tall as the 5-foot-10 actor. Piper-Heidsieck continues to support the enrichment and preservation of film heritage through the French Cinémathèque and has been the official champagne of the International Cannes Film Festival for more than two decades.

The most awarded Champagne House of the century*, Piper-Heidsieck is celebrated for its audacity and excellence. Steeped in history, Piper-Heidsieck was born of a love story that began in 1785 with German-born founder, Florens-Louis Heidsieck crafting a wine to seduce his lover. For Piper-Heidsieck, the true meaning of seduction is free from convention to innovate and to convey self-expression. The Maison continued its path of seduction winning over Marie-Antoinette, exciting the palates of speakeasy goers throughout Prohibition and even becoming Marilyn Monroe’s bedfellow with the famous actress claiming she would get up every morning with a glass of Piper. Today, Piper-Heidsieck is poured in over 100 countries and prides itself on holding dual certification of Viticulture Durable en Champagne and Haute Valeur Environnementale**. The progressive Champagne House also enjoys a colourful history of unique encounters and moments of intimacy, none more memorable than the iconic Prohibition-era which this year celebrates 100 years.

* Piper-Heidsieck Chief Winemaker was awarded the title of “Sparkling Winemaker of the Year” eight times by the International Wine Challenge jury since the beginning of the century.