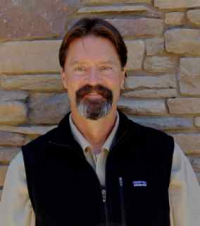 Tony Coltrin brings more than thirty five years of winemaking experience to his role at Folio Fine Wine Partners, where he makes wines for Oberon and Hangtime. As a child growing up in St. Helena, he worked and played in the vineyards. As he grew a little older, the grandfather of one of his closest friends took him under his wing and became his winemaking Mentor, it was this grandfather figure who suggested Tony work a harvest in a Winery so that they could share winemaking not only in the vineyard but in the winery also. He suggested Robert Mondavi Winery, since Tony had grown up around the Mondavi family, and they were doing some of the most cutting-edge and innovative winemaking in the world at that time. That was 1973…. Tony’s interest in winemaking, fueled by the passion and excitement of Michael and Bob Mondavi turned one harvest into over 30 years with Robert Mondavi Winery. What began as dragging hoses and shoveling fermenters in the cellar, turned into Cellarmaster and then to Winemaker. When the company sold, Tony was asked by Michael Mondavi and his son Rob to join them in making the fine wines of Folio.

When asked for his winemaking philosophy Tony replies thoughtfully:
“I have grown over the years to believe that wine most truly is a reflection…. in my younger years I was taught that this reflection was of the soil, climate, and varieties and how they combine to produce such a wonderful marriage of aromas, colors, and tastes that weave so beautifully into the pleasure that is a glass of wine.

I’ve grown lately to feel that wine is equally a reflection of the people…. of their willingness to allow each wine to become intimate, the care taken along the way, the passion offered up, this relflects in each wine as deeply as the grape. If the grapes are the heart of a wine…. the people are it’s soul.”

Tony, his wife Sandra—an artist and pastry chef—and their son, Sam live in the western hills of the Napa Valley. When asked what inspires him he replies: ” My very artistic mother who always encouraged my imagination, and taught me look for the possibilities and to create. She still inspires me, she’s 82 now and is still teaching elementary school after 52 years. My wife who is the tall,slender, lovely reminder that my life is about balance and the one who let’s me know when I need to find it. The whole Robert Mondavi family for the passion they’ve allowed me, creative license they’ve given me, and trust they have shown me for so many years. The grandfather of my friend who first mentored me in to winemaking. Most of all my son Sam who is 5 now and each day without fail makes me smile with my heart” says Tony.

When not in the vineyards or the cellar, Tony will tell you that he is solar powered and has a passion for the outdoors equal to his passion for winemaking. He spends his time cycling, fly fishing, kayaking, surfing, hunting, running, cross-country skiing, playing baseball, soccer, or playing around with his motorcycles…. all with Sam at his side.