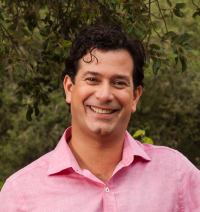 As the son of Michael and Isabel Mondavi, my enthusiasm for wine took root more than 30 years ago. I grew up in Napa Valley, and my earliest memories are of playing among the vines and barrels at Robert Mondavi Winery.

Prior to and during my summer breaks from the University of Santa Clara, I held a variety of positions in our family’s company to gain experience in all aspects of vineyard and winery management, hospitality and business operations. The first job I held was under Tony Coltrin our current Director of winemaking, whereby I followed him through the cellars, and learned all that a 12 year old could. I can remember being so small that it was a feat to turn the barrels so that we could wash them. Much later I even started my own business hosting mountain bike tours through the Napa Valley wine country. I graduated in 1994, with a degree in English Literature, and spent time at our Vichon winery where I made my first wines. Following I went to work in sales for Southern Wine & Spirits to learn more about the distributor side of the industry.

I educated myself about international business culture by moving to Panama for a year and when I returned to Napa Valley, I decided to try my hand at importing. In 1996, I established the Napa Cigar Company, a manufacturer and importer of premium cigars from the Dominican Republic, Nicaragua and the Canary Islands.

I joined the Robert Mondavi Corporation in 2000, as a luxury brands Sales Manager. Soon I became Sales Director, responsible for developing and managing sales of the company’s imported wines from Australia, Chile and Italy in more than 20 states. I went on to serve as Director of Marketing for Robert Mondavi Winery, spearheading the winery’s trade marketing initiatives. My family and I founded Folio Fine Wine Partners in 2004, with the vision of producing and importing the most exciting wines from established and emerging wine regions.

I live in Napa with my wife, Lydia and our sons.