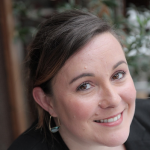 Originally from Roanne (France), I moved to New York in 2003 to first work for Murray’s Cheese then moved into the restaurant business to learn more about wine and become a sommelier at Asiate restaurant at The Mandarin Hotel in 2004.

I enjoyed working for some of the best restaurants in NYC such as The Modern by Danny Meyer in 2005 and Joel Robuchon at The Four Season Hotel in 2007 where I manage my own first wine list then opened “Sho” by Shaun Hergatt in 2008 in the Financial District with a 700 wine labels program and received the “Sommelier of the Year Award” by Food & Wine Magazine in 2010 and more accolades. In 2011 I followed my mentor Hristo Zizovski to open Michael White’s new restaurant “Ai Fiori” and worked with 1100 international labels, this experience defined my love for Italian wine.

In 2015, I joined Chef Gabriel Kreuther as Beverage Director to open his eponymous fine dining restaurant on Bryant Park, focusing on Alsatian cuisine and French wines with 1200 labels program which received “Best Award of Excellence” by Wine Spectator and “Top Ten Wine Restaurants in America” within the first 7 month of the opening and continues to shine.

After building a 12 year successful and amazing career in fine dining restaurants and hospitality in New York City, I am so excited to continue to share my passion for wine, educate and inspire on the sales side. Nowadays, I’m enjoying living in Brooklyn, love the city, its restaurants, its energy.