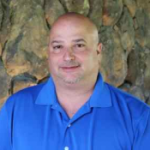 Growing up in an Italian American family, wine has always been a part of my life. However, my true passion for wine was born during my travels through great wine growing regions – including California, Oregon, Italy, Spain, France and Germany – during my time in the Unites States Air Force.

Upon my departure from active duty, I turned this interest into my career, starting out with a distributor, Romano Brothers Beverage Company in Chicago, performing multiple sales roles. After learning the business from the distributor side, I joined the Robert Mondavi Corporation in 1998. Within two years, I was promoted to the Illinois Area Manager. Later, I was awarded the 2002 Robert G. Mondavi Award of Excellence by Robert Mondavi himself. In 2003, I was tasked to become one of the directors of a new division within Robert Mondavi, where I helped to develop new wines from brand concept to final label.

Following the sale of the Robert Mondavi Corporation in January 2005, I left Robert Mondavi to join in business once again with Robert’s eldest son, Michael Mondavi. Since entering the wine business I have had the opportunity to return several times to all those great wine growing regions I visited in the Air Force and my passion for fine wines has grown. I have received extensive training and wine education and I enjoy discussing the great wines of the world with wine lovers. In the wine industry since 1994, I now manage the business in fifteen Central states for Folio Fine Wine Partners and I am proud to be a founding partner of the organization.