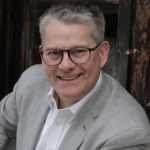 Originally from California, my wine career started in 1995 as a Sommelier/Wine Educator in Sacramento. I then moved to Los Angeles to pursue a career in acting, all the while making my real living in the restaurant business.  In 2002 I found my way to New York City by way of a girlfriend who is now my wife.  With that move I committed my professional career to the wine industry and left the entertainment world behind.

My first sales rep job was with Paramount Brands/Eber Bros and then fairly quickly became a manager for Atlantic Wines and Spirits. I made the jump to the supplier side in 2006 working for Terlato Wine Group, then The Hess Collection in 2010.  Most recently, I was managing 9 states on the East Coast for Saintsbury Winery just prior to starting with Folio in February 2019.

Along the way I have also been a professional photographer, horse trainer, expert skier, rock climber, dog trainer and general renaissance man stuck in a specialized world. When not selling wine or being Super Dad, you can find me patrolling 2nd base for my 35+ hardball team.