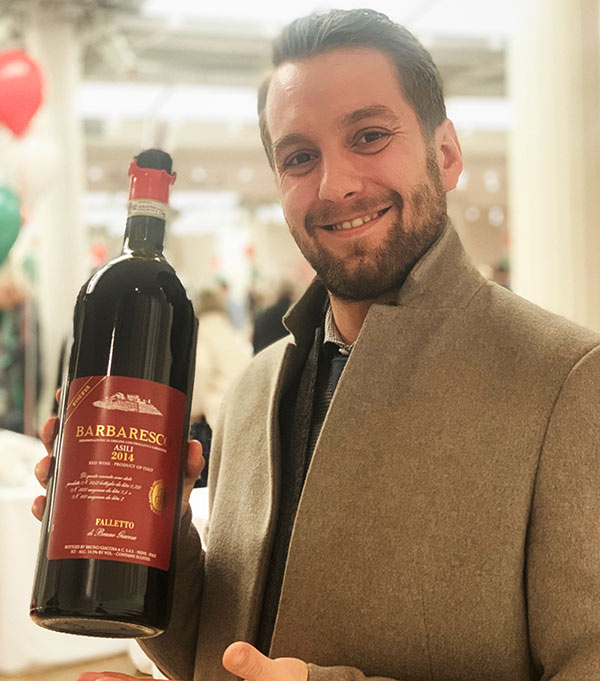 I was born and raised in New York, spending much of my life in Long Island and New York City. I developed a passion for food at a young age, taking full advantage of having an Italian grandmother who loved to cook for her grandkids.

From age 14 on I worked in and around the restaurant world, holding almost every position imaginable – from dishwasher to Beverage Director/Manager. I knew at a young age that I would forever be involved in the food (and wine) scene.

I attended the University of Colorado at Boulder, graduating with a degree in the Italian language. It was there I developed my passion for cooking, since by budget did not allow a passion for (good) wine. I came back to New York City and looked for a line-cook job as soon as I could.

After a short stint in the kitchen – thank you Hurricane Sandy – I decided to scratch my travel itch and took a backpacking trip across Europe. It was in Chianti, strolling the vineyards of Montefioralle in Chianti Classico, that I had an epiphany and knew I had to dedicate my life to wine.

I took classes, read all I could read, tasted all I could taste, and soon became a Certified Sommelier through the Court of Master Sommeliers. I went on to run some impressive beverage programs in both Long Island – Hendrick’s Tavern of the Poll Restaurant Group – and New York City – Quality Meats & Quality Italian of Quality Branded.

I left the restaurant world and joined the distribution network in New York City for 5 years, working for Empire Merchants and more recently Monsieur Touton Selections, where I was the Folio Brand Manager for Metro New York. A 15-foot U-Haul and 3100 miles later, I moved to Los Angeles in August of 2021 to start my west coast life with Folio Fine Wine Partners.

My passions are food, wine, and people. I love to play and watch sports, lacrosse being my first true love, and hitting the slopes with my snowboard.