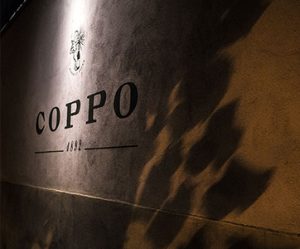 LOYAL DEDICATION TO THE TRADITIONS OF THE ASTI REGION

The Coppo winery was founded by Piero Coppo in 1892 in Canelli, the undisputed capital of Italy’s famed sweet, sparkling wine, Moscato d’Asti. After surviving two world wars, Piero’s son Luigi expanded the winery with improved equipment to produce other classic Piedmont varieties like Barbera and Nebbiolo to cater to a new post-war audience.

Today, Piero’s four grandsons, Piero, Gianni, Paolo and Roberto manage the company combining modern technology with traditional viticulture practices. With Max and Luigi Coppo entering the company, the family celebrates its fourth generation in business and re-dedicates itself to preserving the heritage of Piedmont viticulture.